Skadar (alb. Shkodër or Shkodra) is a city on the southeast coast of Skadar Lake in northwestern Albania and the capital of the eponymous area.

It is located between the Skadar Lake and two rivers Bojana and Drim. Fact that the Adriatic Sea is only 20 kilometers away, makes the city of Shkodra in the perfect position. The climate is ideal. This is one of the oldest, and culturally and economically most important city in Albania.

Skadar is the fourth city in Albania by size, just after Tirana, Drač and Elbasan. The population of Shkodra is estimated at 90.000, while entire municipality with local villages count nearly110.000.

The biggest tourist attraction in Shkodra certainly is theRozafa fortress where a beautiful panoramic view of the entire environment of Shkodra dominates. Fortress Rozafa is allegedly over 2.000 years old.

Legend starts about three brothers who were building the fortress, but anything that they would built during the day, overnight fairies would have collapsed. Realizing the situation, one old men advised them to bring up the sacrifice for the fairies, and it should be one of their wives. As the man said, the one who brings lunch the next day should be live buried into the walls of the fort. But, no one of brother is allowed to tell their beloved ones the truth. Three brothers agreed to this decision, and went home for the night. 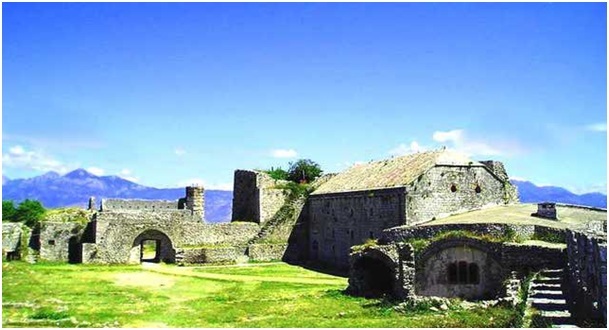 Two older brothers, crushed by this inevitable situation, broke the vow and told their wives not to bring lunch for the next day, so they could be saved, while - the youngest brother haven’t said a word to his loved Rozafa. The next day, she brought lunch to them, so they told her about the sacrifice. She agreed unconditionally. 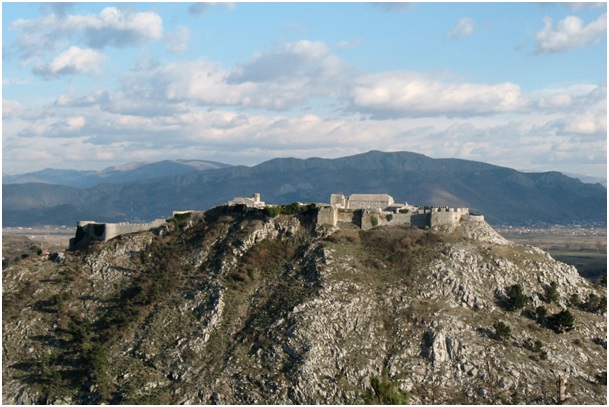 Name of the fortress "Rozafa" comes from the name of "true love" of youngest of the three brothers, and she was a victim in a walled fortress. Of course, the Rozafa was named after the Albanian version of the same legend.

This legend is written by Serbs in songs and stories, but the most famous is"The Building of Skadar on Bojana".

In its long history, Shkodra has always been the central administrative city. Back in the 4thcentury BC it was the center of the Illyrian tribe Labeati, while in the 2nd century BC was the capital of the Illyrian king Ardian and famous Illyrian Queen Teuta. 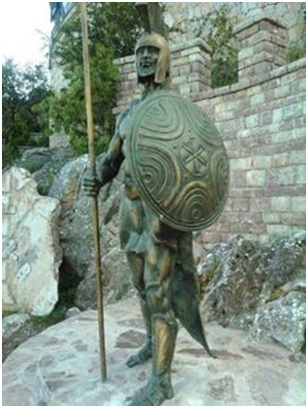 The city was occupied by the Romans who turned it into an important commercial and military center.

At the dawn of the Middle Ages, the Slavs arrived in the environment of the city. The Byzantine Emperor Constantine Porphyrogenitus described in section "Management Empire" (De AdministrandoImperio) as Heraclius gave the Serbs the city of Shkodra with the environment during the 7th century. They founded a state Duklja.

Skadar was a Byzantine fortress surrounded by Slavic tribes after their settlement in this region. For the first time the city was in the hands of stable Slavic nations when Bulgarians conquered it, but soon it was returned to the Byzantine Empire after the fall of SamuilEmpire.

Stefan Vojislav from Travunija state during their local rebellion successfully expelled the last strategists Theophilus Erotica around 1040 year. King Constantine Bodin of Duklja and Dalmatia received the crusaders crusade in 1101 in Shkodra. After a period of dynastic struggles, Skadar became part of the Zetas, a junior Grand mayor of Raška state. 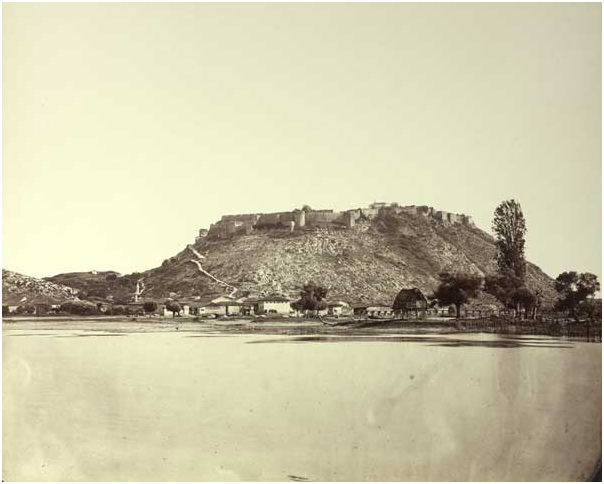 Skadar refused two major Turkish attack in 1474, and from 1478 to 1479, under the leadership of LekeDukagjin, who became leader of the Albanian resistance against the Turks after death of Skanderbeg in 1468. Having crushed the heroic defense, the Turks conquered Skadar 1479. After the conquest, the city was destroyed, a majority of the population has fled. Skadar became the capital of the Turkish Vilayet.

In the 17th century, it was founded a small administrative unit, Sanjak (sandžak), with the center of Shkodra. The city began to prosper in the craft: the production of silk fabrics, weapons and silver objects. The city got its first bazaar and the bridge over the river Kir, over 100 meters long, carried by the 13 arches. 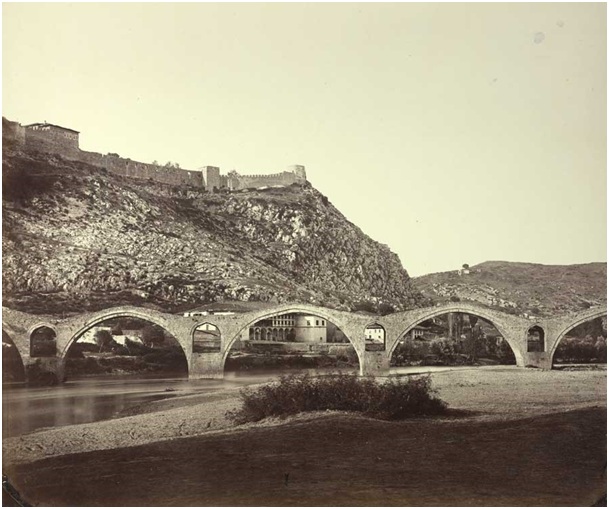 During the 18th century, Skadarwas the center of Skadarpashaluk (pašaluk), under the rule of the family Bušati, from 1757 to 1831. After the fall of pashaluk, for next 30 years there were organized several rebellion against Turkish rule starting with the 1833.

Turks were defeated in 1396, and the city took over the Venetian Republic. They were kicked out of the city local rebellion in 1403as well. 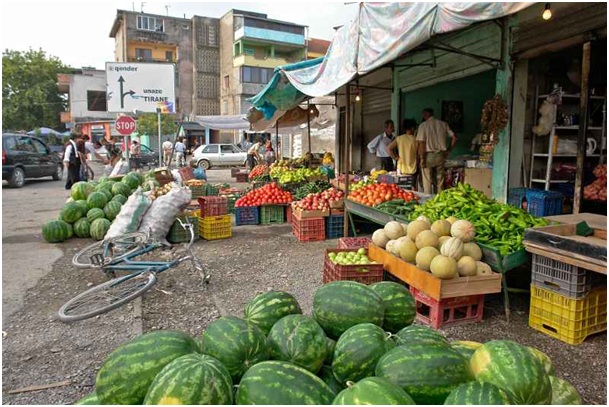 The 19th century was the time for Skadar to flourish in economy. Skadar was effective as a commercial center for the entire Balkan. It has been more than 3500 stores, and clothing, leather, tobacco, and gunpowder were the most important commodities. Since 1718, the government opened the mission in Shkodra.

The outbreak of the Balkan Wars of 1912-1913, Serbs tried to join the city of their countries. The forces of the Ottoman Empire in the defense of Shkodra was led by Esad Pasha. These forces for seven months resisted the attacks of the Montenegrin and Serbian armies. Esad Pasha finally surrendered to Montenegro in April 1913. Until then, the Montenegrin army suffered losses of over 10,000 people, but being under pressure from major European powers it had to withdraw. 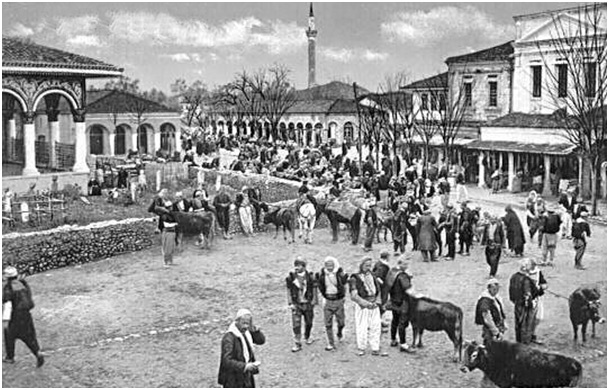 Skadarannexed to the newly independent Albania in May 1913, by the decision of the London conference.

In World War I, Shkodra was under Austrian occupation from 1916 to 1918. After the war the city was briefly ruled by the French, and in 1919 the city was restored under the control of an independent Albania. 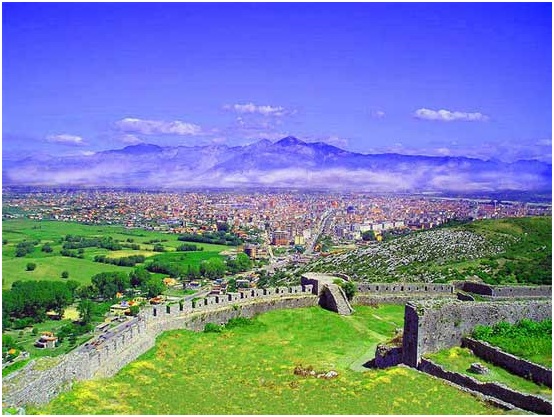 In the interwar period, Skadar industry developed slowly. Loading small food factories, textile and cement industries. In 1924, Skadar had a population of about 20,000, and by 1938 there were 29.000 people. In the same period, the number of small businesses increased from 43 to 70. 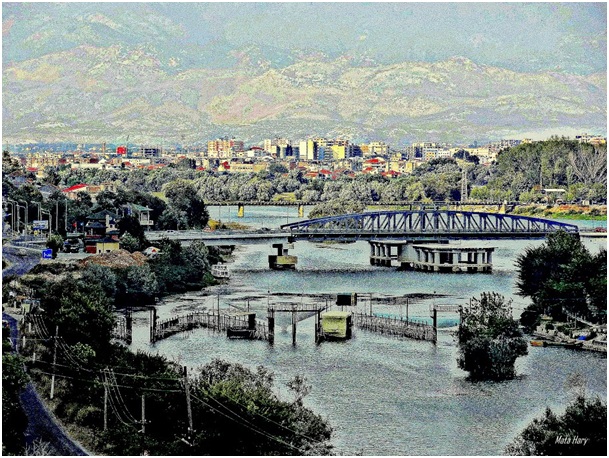 In the early 1990s, Skadar was the center of the movement that brought down the communist regime inherited from the time of EnverHoxha.

Skadar is the seat of the Catholic Archdiocese and in the city there are many religious schools. The first public school in the city was open in 1913, and State High school in 1922. Schools were the core assembly of the first cultural associations. 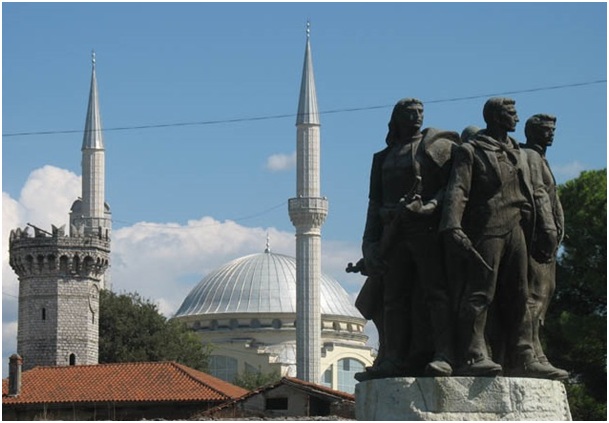 In the second half of the nineteenth century Skadar has experienced a boom over the function and leading commercial center of the Balkan Peninsula. Then in Shkodra opened consulates pages, libraries, printed the first newspaper in Albania. Italian PietroMarubi 1858 opened the first photographic studio in Albania, its collection of 150,000 negatives from that period to the beginning of the twentieth century, under the protection of UNESCO.